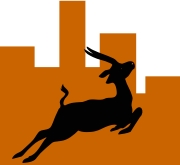 Are you looking for running company, interesting forest trails, a good dose of hill work, and an opportunity to train for your next big running event with other running enthusiasts in Nairobi? Then you can’t go wrong with the Urban Swaras. Founded in 2005 by five friends with a shared passion for running, this group used to meet every Saturday morning and run between 15km and 25km without fail. At the time, they had not named or registered the group, but were so committed and consistent with this pastime that the legalities seemed irrelevant.

The heart and soul of this running club is a City Lawyer, Ajaa Olubayi, a founding member who enjoys coaching and mentoring young upcoming recreational runners. To his credit is a long list of runners who have gone on to complete marathons barely six months after he took them under his wing. The highlight of his running adventures was his successful completion of the 2009 Two Oceans 56km Ultra-Marathon in Cape Town in a remarkable time of 5hours 26minutes. Five other members of this running club also participated in this memorable race.

Another remarkable individual in this club is Joyce Nduku, a 56 year old field nutritionist with Kemri. Joyce has acquired a celebrity status in the local marathon running circuits for consistently clinching the top position in her age category in various races countrywide since 2005. Joyce picked up running after coming face to face with the prospect of living with Arthritis in 2004. Following her Doctor’s advice to take up exercise, she started jogging in her neighbourhood, and quickly got hooked to it.  In 2008, she ventured further afield and took part in the Chicago Marathon. This year 2010, she participated in the Two Oceans Ultra Marathon in Cape Town and completed it in an amazing 5 hours 35 minutes. Her energy and enthusiasm are simply inspiring.

This running club would not be where it is today without the tireless effort of its founding Madam Coordinator Jael Amara, an Entrepreneur. Jael selflessly helped coordinate this club’s activities from inception, and ensured everyone had a great time during and after runs till mid 2010, when she handed over to Lucy Thuo,an Accountant. Membership currently stands at about 80 runners, with varying numbers showing up for each weekly run.

Runs are every Saturday morning at 7:00am, with the venue varying from week to week. Once a month, they also have an out of town run. Venue and events information is communicated by email through a Google Group, as well as the Calendar on their website.

Membership fee for this club is Ksh 500 per month, while guest runners pay Ksh 500 per run.