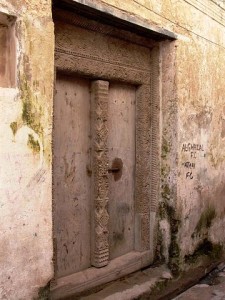 Lamu Old Town is the oldest and best-preserved Swahili settlement on the East African coastal strip, having been continuously inhabited for over 700 years. To date it still has one of the most conservative societies in Kenya. As the cradle of Swahili civilization, Lamu Old Town hosts significant annual Swahili cultural festivals and Islamic celebrations like Maulidi. UNESCO declared this town a world heritage site in 2001 in recognition of its unique cultural value. It outlasted other nearby competing Swahili outposts like Gedi that fizzled out of existence.

The town, covering an area of 16 hectares, has narrow streets between old coral stone buildings with large beautifully carved wooden doors. Inner courtyards, arcades, verandas and painted ceilings on the buildings further enhance the charm of Lamu Old town. The architecture and urban structure is a unique fusion of Swahili, Arabic, Persian, and Indian building styles and cultures.

Over the last few decades, Lamu has been increasing besieged by numerous challenges that threaten to sweep away this irreplaceable heritage. Foremost among them is a new Lamu Port planned for construction, which will affect the surrounding ecosystem and irreversibly change the local community’s way of life. Insecurity in Lamu has also escalated in the recent past with terrorist attacks leaving over 100 casualties in its wake. Landlessness and poverty attributed to historical injustices dating from the Colonial period remain unaddressed or were exacerbated by successive post independence governments, creating a point of friction that periodically flares up into violence among different communities in the region. Water scarcity has also plagued this island for some decades now. It therefore remains to be seen how long Lamu Old Town and its people’s way of life will survive.