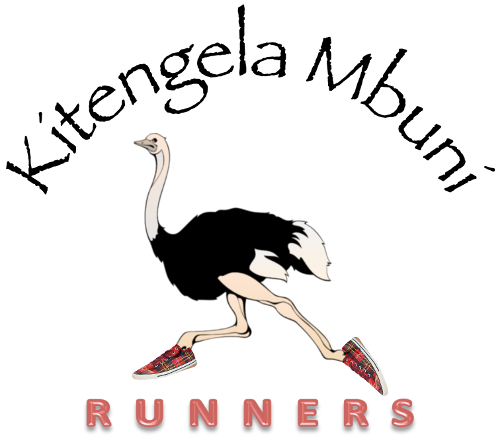 Gone are the days when Kitengela residents had to go to Nairobi for banking, shopping, working out at a gym, or to join a running club. Kitengela Mbuni Runners, a local running group, serves up some of the best trail running experiences in Kenya for its members.

Founded this year (2015), the group was aptly named after the animal most closely associated with Kitengela. Kenya’s largest commercial Ostrich farming venture, the Maasai Ostrich Farm situated on the outskirts of Kitengela, is a popular tourist attraction for Nairobi residents and foreign tourists. Mbuni is the Swahili name for the Ostrich, a bird that can run at maximum speeds of about 70km/hr.

When you meet the current Chairperson and founder member, Lavinia Owuor, the first thing that strikes you is her abundant vitality and enthusiasm for an active lifestyle. She’s been running consistently for almost 2 years, taken part in local marathon races during that time, and has been assisting a local group of ladies to adopt a healthier lifestyle through running. Her attitude to never let any excuse justify skipping regular runs has ensured this group stays active even when some of the members take breaks between race seasons. She’s a real trooper and the reason this group is here to stay.

Another remarkable founder member and Patron of this running club is Joyce Nduku, a celebrity in her sixties who is no stranger to the running community in Kenya. She never ceases to astonish and inspire all the younger runners with her spirited nature, and the string of running awards she’s been winning for leading in her age category at various races in the region.

Thanks to Davis Munene, another founding member, the group has mapped out some of the most scenic and wild running trails you’d be hard pressed to find in Nairobi. Incidentally, Munene is currently the fastest runner in the group, with a blistering pace that would qualify him to represent some countries in International events if he chose to change citizenship. Fortunately, he’s a patriotic Kenyan.

The club has several amazingly scenic running routes like the Sinket trail that traverses the open, wild countryside north-west of Yukos, Koroboi trail to the south, the hilly Lukenya trail teeming with wildlife to the east, the riverine Kinanie trail and Syokimau-Eastern Bypass trail to the north.

The group runs weekly on Saturday mornings at 7:00am from different venues. Some of the meeting points for their runs, like the Criflo Resort with its man-made island, a moat around it, expansive immaculately maintained lawns, and a swimming pool for cooling off after the run, are equally amazing.

Drop an email to laviniaowuor@gmail.com for details on how to join.