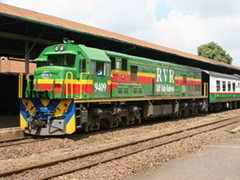 Rift Valley Railway (RVR), a concessionaire currently operating the railway network in Kenya and Uganda since 2006, provides limited Inter-City passenger train service in Kenya. Historically, Mombasa and Kisumu are the only destinations from Nairobi that have had passenger train service over the years, while other railway lines on the network were used for freight only. In RVR’s own estimation, this passenger service constitutes only 1% of their business, while commuter train service in Nairobi is 4%, and freight services 95% of their business.

The construction of the railway network across Kenya from the coastal city of Mombasa to Kisumu city on the shores of Lake Victoria, and ultimately to Uganda is well documented in various books and films. This massive and tragic endeavor was driven by the grand vision of its architects to effectively administer the British Protectorate of Uganda, and control the source of the River Nile. This undertaking also led to the creation of Nairobi, and later on the country Kenya. Sir Charles Eliot, a senior British Official at the time, described this surprising outcome with the words It is not uncommon for a country to create a railway, but it is uncommon for a railway to create a country. The Nairobi Railway Museum documents this story and has extensive exhibits of trains, tools, photographs and other paraphernalia from the period. 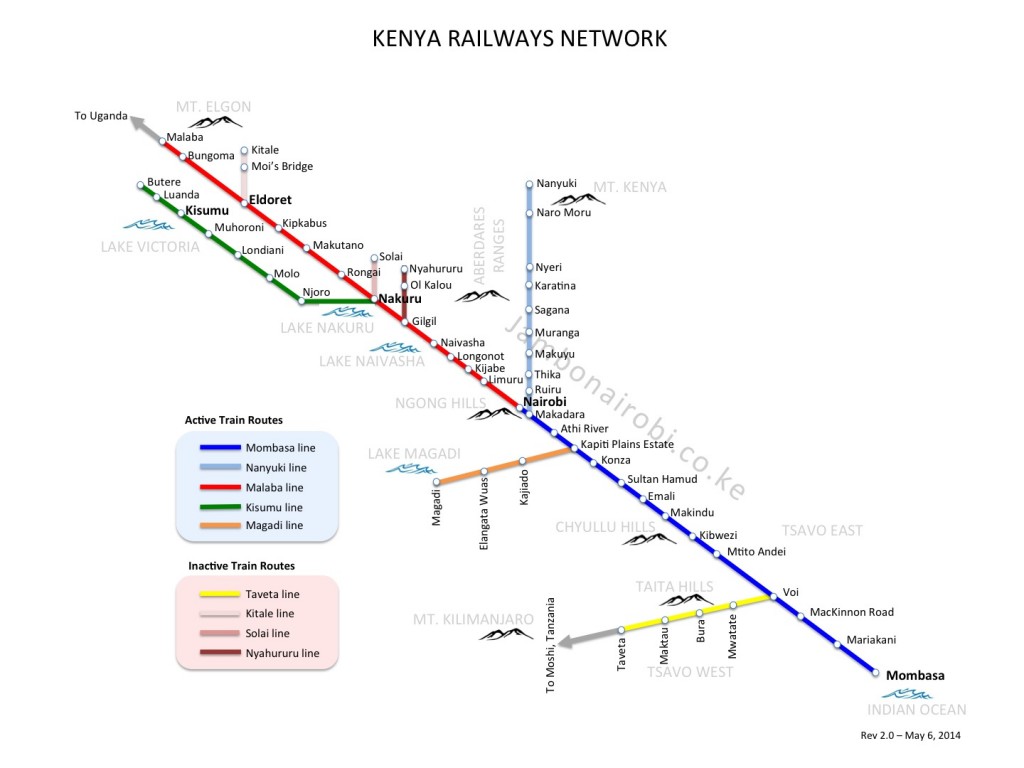 This service is available on the days indicated below. Due to the poor state of the railway network, passenger services are sometimes suspended to facilitate repairs, making this mode of transport unreliable.

For the latest fares, go to the RVR Passenger Service Fares link for Inter-city train routes.