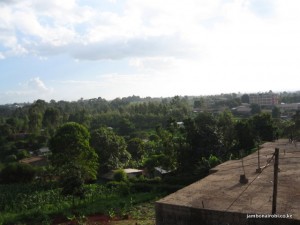 Gachie and Kihara are situated less than 15km north of Nairobi in Kiambu County. In appearance, this neighborhood is a cross between a rural setting and urban residential, with many plots partially covered with banana plants. In the past, Gachie was often in the news for all the wrong reasons, and thus has the reputation of being a crime ridden neighborhood. Today this image is diminishing, and the population living here is growing rapidly, largely due to the mushrooming of residential apartments.

Both Gachie and Kihara have open air markets with groceries at very competitive prices. Apparently, the traders here bring their stock straight from farmers in various parts of the country, bypassing the middle men who supply Nairobi. The cost of food is therefore much cheaper here than in Nairobi.